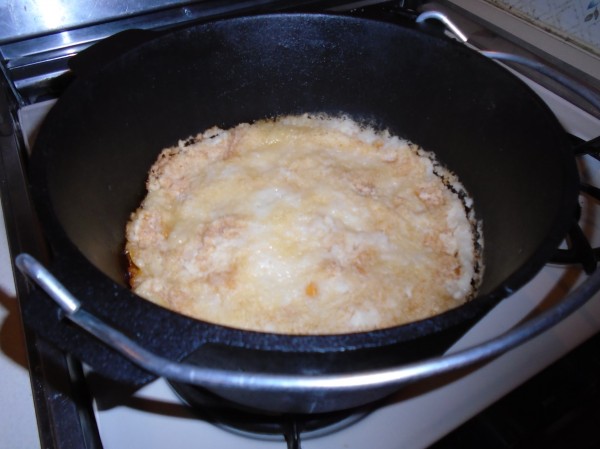 Labor day weekend--the final weekend of summer has come and gone. School is back in session. The final three-day vacation of the season has just finished up, and everyone’s back home. For us, what better way to spend our last summer vacation than to go camping. To celebrate our last night away from reality, we made our all-time favorite camping dessert—Dutch Oven Peach Cobbler!

When you go camping around here, it’s very hard to know what the weather is going to do, let alone how warm or cold it’s going to be, especially at nights! With that in mind, it’s difficult to bring along fresh fruits. So, we keep a #10 can of Rainy Day Foods Freeze-Dried Sliced Peaches in our camper. They’re real peaches that can be eaten as is or reconstituted with water to their natural physical state. You can even add them as is to your cereal or granola for a little extra flavor.

For Dutch Oven Peach Cobbler, you’ll need butter, a white cake mix, and peaches. **We made the 4-6 serving recipe** 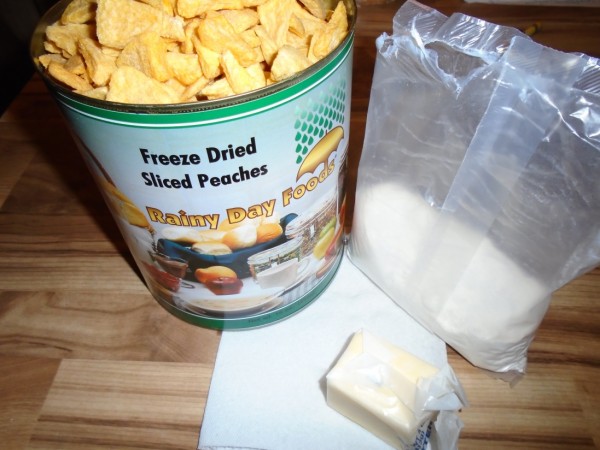 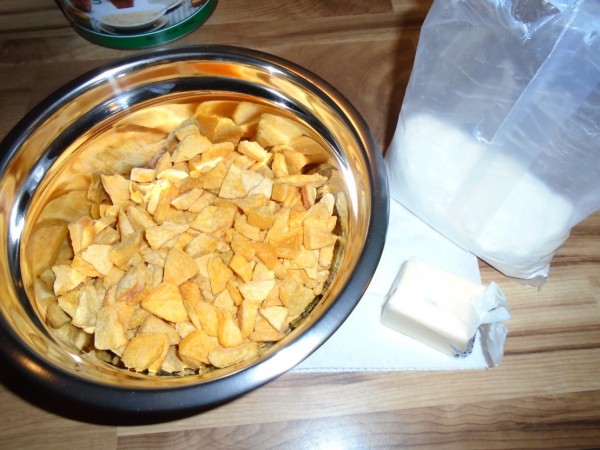 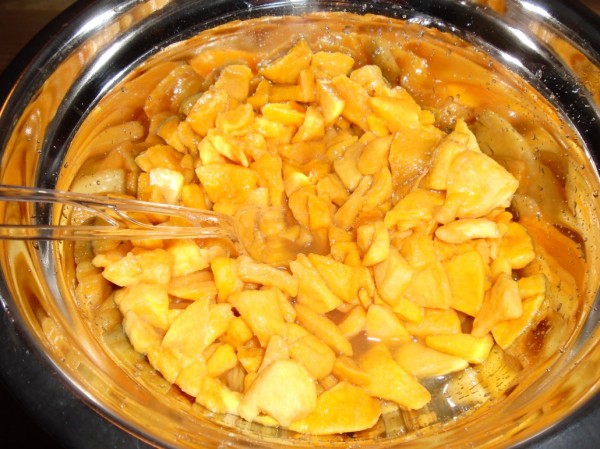 Next, take ¼ cup (4 tablespoons) of butter and grease the bottom and the edges of your Dutch Oven. Leave any leftover butter in the pan. 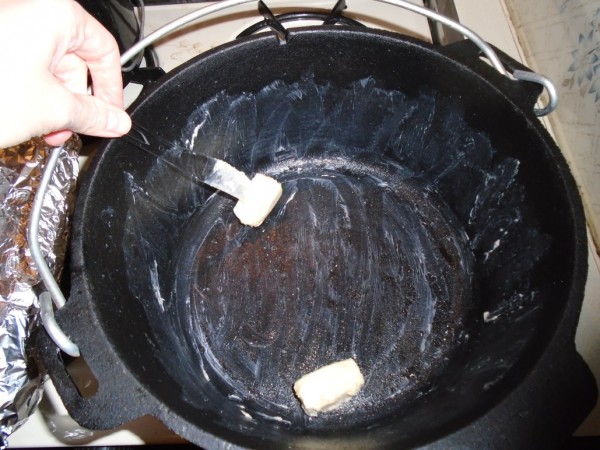 add butter to the dutch oven[/caption]

Dump the peaches into the Dutch Oven 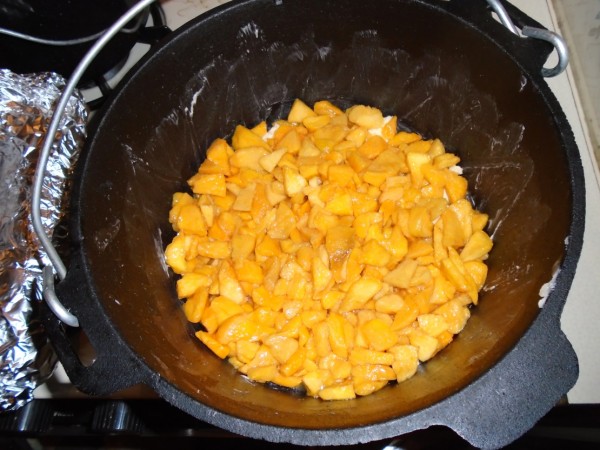 add peaches to the dutch oven[/caption] 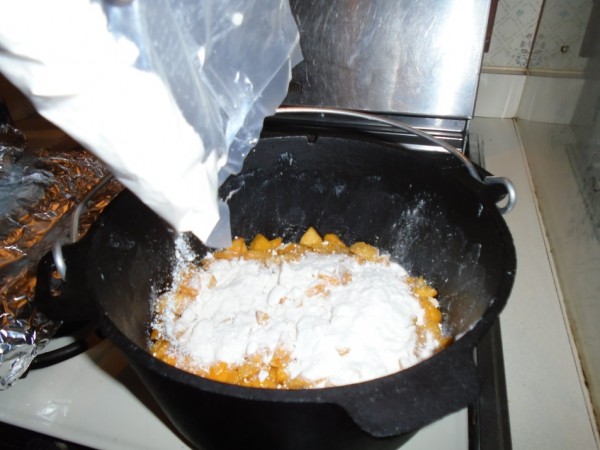 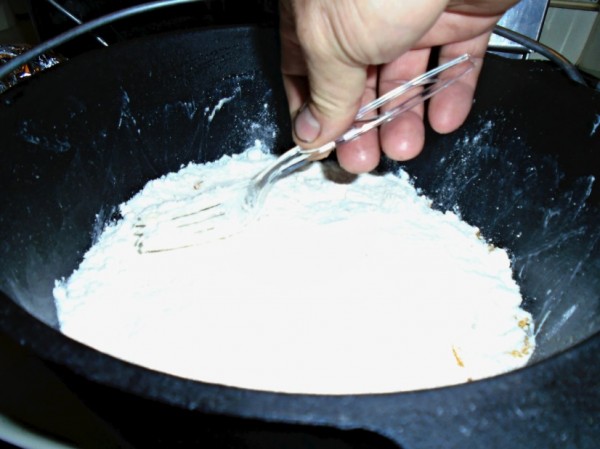 Next, slice up ¼ cup (4 tablespoons) of butter into thin slices,
and then place them evenly on top of the white cake mix 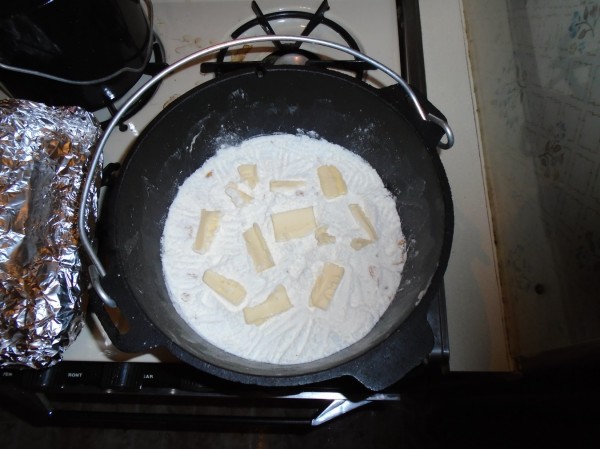 slice butter evenly over top of the cake mix[/caption]

Put the lid on and cook on low heat for 25-30 minutes.
You’ll know it’s done when the cake mix starts to turn golden brown, 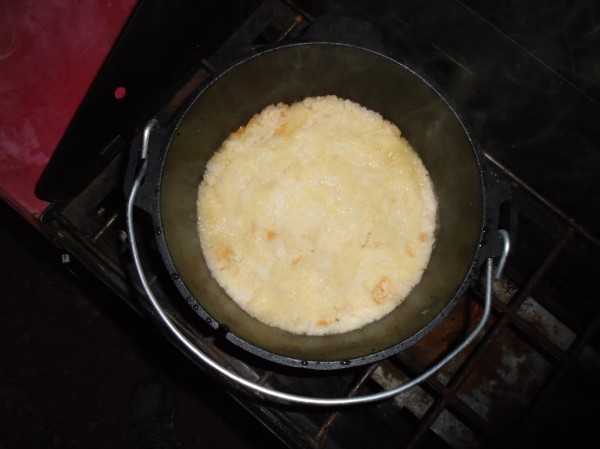 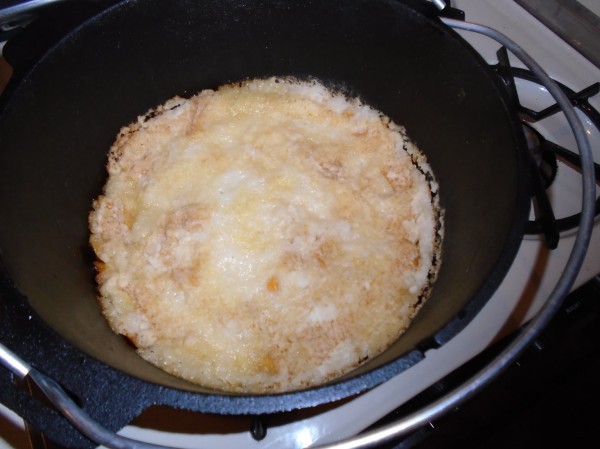 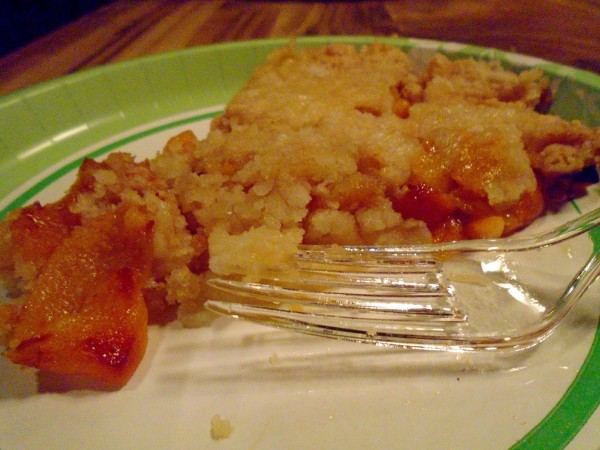 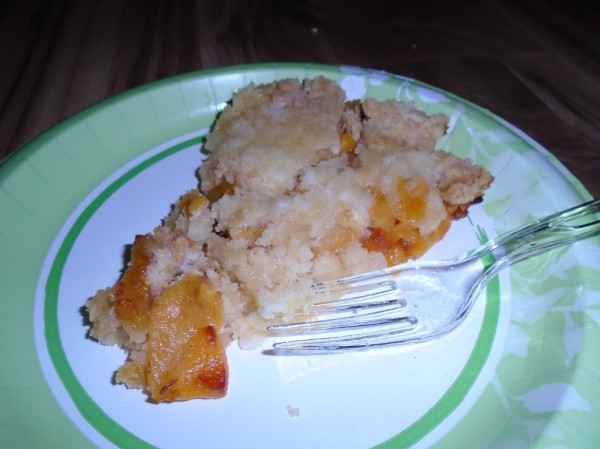 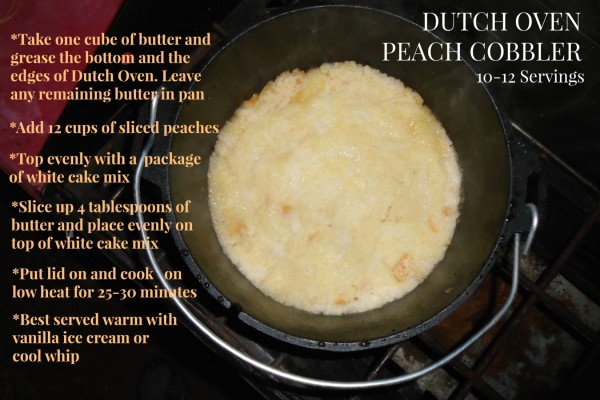