What Foods Do Astronauts Eat in Space? 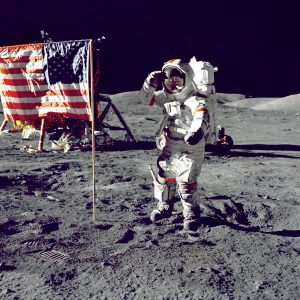 Photo by NASA on Unsplash[/caption]

Space tourism will be worth $3 billion by 2030, with current efforts by Virgin Galactic, Space X, and Blue Origin having huge ramifications for the industry. Although this mode of flight is currently little more than a hobby for the elite (think Jeff Bezos or Richard Branson), it will be significantly more mainstream sooner than you might have imagined. If you are curious about life in space and you’d like to give space tourism a try, you may wonder what foods will sustain you during your starlight sojourn. If you will be in space for a considerable amount of time, your diet could be very similar to that of current astronauts. Read on to discover what a typical day’s menu might look like for them.

The lack of gravity in space causes hearts to expand slightly, reports NASA astronaut, AJ ‘Drew’ Feustel. Indeed, if you are planning a family holiday in outer space, you will have to pass a series of medical checks as well as receive training on everything from robotics to extreme flight preparation and how to cope with high-performance jet flights. You will also need to have an optimal fitness level to cope with the stressors of your chosen suborbital excursion. Astronauts have to exercise for around three hours daily while in orbit, completing an array of cardiovascular and resistance exercises. This means that more calories are needed, with current counts at between 2.700 to 3,700 calories a day. Like everyday human beings on Earth, they eat three times a day, enjoying a hearty breakfast, lunch, and dinner, as well as a wide array of snacks.

A Plethora of Items to Choose From

If you plan on traveling to space with family, you certainly won’t be bored when it comes to snacks. There are around 220 items available on a standard menu for astronauts with popular snacks including jerky, fruit cups, and health bars. Some foods can be eaten as is (think brownies or fruit) but others come in dehydrated form and require the addition of water (dishes such as macaroni and cheese and other pasta delights). Space stations have a fully functioning oven so that astronauts can enjoy these foods at an ideal temperature. Just a few treats they much on include candy, fruits, peanut butter sandwiches, and nuts. Main meals, meanwhile, comprise chicken, beef, seafood, and pasta dishes. Drinks, too, are abundant; they range from fruit juices to lemonade, coffee, and tea.

Details that Make a Difference

In addition to bringing a wider range of dehydrated foods on board, astronauts also consume condiments like salt and pepper in liquid form, since powdered condiments can get caught in air events or get stuck in astronaut’s ears, eyes, and the like. Other condiments like spicy salsa, mustard, and ketchup are packaged as usual and they actually play an important role in keeping food exciting, because the sterile smell of shuttles (combined with odors such as rinse-free shampoo) can affect one’s appetite. One of the main differences between dining experiences on Earth and in space is how food is served. In space, food comes in narrow pouches instead of plates, states NASA food manager, Vickie Kloeris, and this means that “appetizing odors don't waft up into your nose the way they do in normal gravity.”

If you are excited about space travel and you are also a gourmet, know that you will have over 200 foods to choose from while you defy gravity. You will also be expected to consume more calories than you currently do because you will have to work out quite assiduously. Meals are what you make of them, of course, and many would argue that shrimp cocktail, alfredo pasta, and ravioli sound like pretty appealing dishes — here and in outer space.