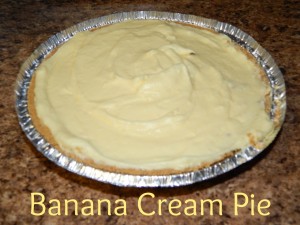 Banana cream pie is a family favorite in my household! It’s sweet, simple, and makes for a perfect dessert for any occasion! Where it is such a quick dessert to make, we try to be prepared by having a graham cracker pie crust, a can of whip topping, and a can of instant banana pudding handy for when we’re craving banana cream pie. 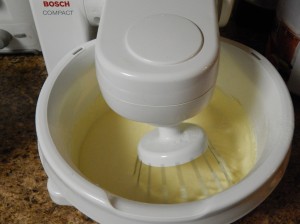 Once the whip topping is set up, it’s time to make the banana pudding. In a medium bowl, mix one cup of banana pudding mix with two cups of cold water. Stir until the powder is dissolved and the mixture starts to take on the pudding consistency. 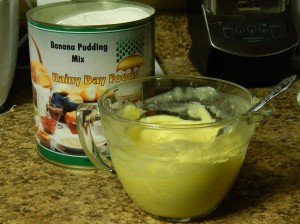 Mix together the banana pudding and the whip topping. 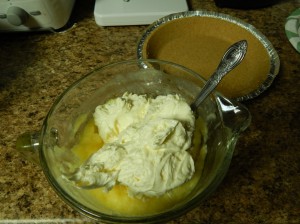 combine the whipped topping and pudding[/caption]

Pour into the graham cracker crust. Refrigerate for about an hour before serving, then enjoy! 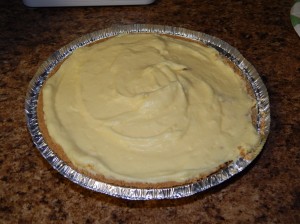