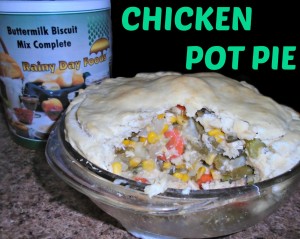 It’s a new year, which means it’s time for a new start! What a great time to refresh and restock your food storage! If you don’t have a food storage supply, now is a great time to start! It’s ideal for emergency preparedness, but it also comes in handy for those days when you just don’t feel like going to the grocery store. Having a food storage comes in handy if you are in the middle of a cooking project and happen to run out of a certain ingredient; it’s nice to have a back-up supply just in case! The other nice thing about having a food storage supply is you can use it to make delicious and nutritious meals even when it’s not an emergency! This Chicken Pot Pie is a perfect example! You can find every ingredient in your Rainy Day Foods food storage! 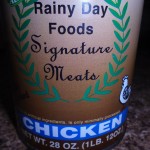 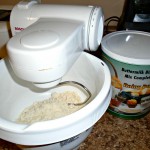 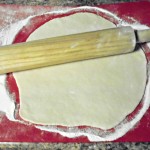 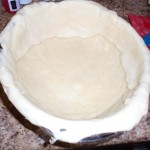 place rolled out dough in bottom of pie pan[/caption]

Roll out about ¾ of the dough until it is big enough to completely line the inside of your greased and floured pie pan.

If you are using fresh veggies, now is the time to chop them. But if you want to save yourself a lot of time, just reconstitute your desired proportions of freeze-dried vegetables from Rainy Day Foods, such as super sweet corn, green beans, garden peas, and potato dices. 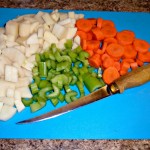 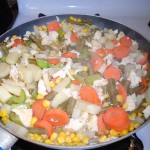 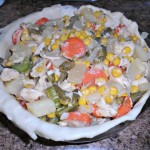 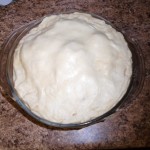 make a top crust and place on pie[/caption]

With the remaining dough, roll it out and put it on top, pinching the two edges of dough together, sealing in the veggies and chicken.

Cook for 12 minutes until the bread is a light, golden brown. 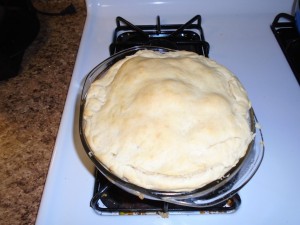 Gather everyone around the table and enjoy!