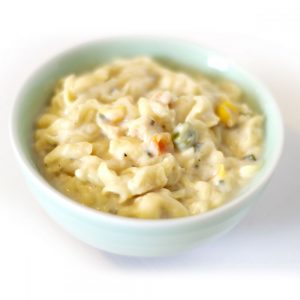 It’s a myth you know, https://www.livescience.com/25072-yeti-abominable-snowman.html but when the snow is falling and one has to move that snow alone with a small 4-wheeler and a blade, which does not seem to be making any headway, the world seems like it is a giant white blur, at that time one tends to get feelings.  Just that uncomfortable feeling we get when you think you’re being watched.

Of course I have to watch out for the traffic on the road which I can assure you do not watch out for those of us who are moving snow. There are other hazards as well like dogs, cats and those parked cars in the driveway that seem to jump out as you get near them even though there is no one in those vehicles. Then there are the trees, wishing well, porches and the clothes line, I do not know how these innate objects can move but surely they do. My wheeler and those innate objects have the marks to prove that they do move and quickly at that. (http://northidahoatv.org/index.html)

But this day I definitely felt I was being watched. And I just could not shake the feeling as I kept looking around every tree, bush and corner of the house as I made one pass after another with the plow.  Then I saw them, tracks in the snow, something had just pushed the snow back in an area where I had cleared it with the snowplow. Still I did not see anything or anyone in the white expanse of snow. Maybe I was just imaging the moved snow but the wind was not blowing, in fact it was a little quite not even the birds or animals were making any sound. I was waiting for the shoe to drop when I heard that first scream.

I knew I was in trouble with that first scream which was soon followed by a second scream that was definitely higher and from a second creature. The hunt was on and it did not take them long to find me. The first causality was the snowman in the front yard. It was not pretty; he was decapitated in one powerful swoop eliminating the hours of work to build the one-of-a kind snowman. Then they were upon me screaming and flaying their arms, their forms totally covered with snow from head to toe.

They wanted the wheeler; fortunately my wife saved the day by having the grandchildren take the sleigh over to the piled up snow to slide down until I finished moving the snow from the yard and driveway. (https://en.wikipedia.org/wiki/Sledding) No they were not abominable snowmen but they sure resembled a smaller version of them while they were covered from top to bottom with snow. From their laughs and giggles you could tell they were having a great time visiting.

Of course once finished with my plowing the snow from the yard it was time to relieve the guardian of the snow creatures by taking them for a ride around the yard and down the street by pulling their sleigh with the wheeler. They laughed, fell off, got back on and did it all over again the whole time yelling faster, faster!

As the day moved on and the cold and wet worked its way into their snow clothes it was time to go back into the house to warm up and get some treats.

Once the wet coats, snow pants, gloves and hats were placed by the stove to dry, (https://www.facebook.com/waltonfeedinc/) it was time for some hot chocolate, followed up later with some soup to warm us up from the inside out.

A treat we came up with is what we like to call the “Abominable Snowman” which is glorified cinnamon rolls. You will need ½ cup warm water; 2 tablespoons yeast; 2 tablespoons sugar (combine these items together); 3 ½ oz. pkg. of vanilla pudding (make pudding according to package directions); ½ cup butter; 2 eggs; 1 teaspoon real salt; 2 cups whole wheat flour (made from fresh ground wheat berries); 4 cups unbleached flour. Mix all ingredients together and knead dough until smooth cover and let rise. Once doubled in size punch down and let rise again. Roll flat and take cup of butter and spread over the surface then sprinkle 2 cups brown sugar and 4 teaspoons of cinnamon on top then spread with 1 cup of coconut shreds, chopped nuts and a broken up candy cane. Roll up tightly and cut. Place on a lightly greased cookie sheet, cover and let rise. Bake for about 15-20 minutes until golden brown. (350 degrees) Remove from oven and then frost with a cream cheese frosting of 8 oz. cream cheese; 1 teaspoon vanilla; 1 tablespoon milk; ½ cup butter; 3 cups powdered sugar and then spread generously on top of cinnamon rolls sprinkling some more shredded coconut on top to give that abominable snowman look. We like to thank Leisha Brower for inspiring us with her cinnamon roll recipe that our family has loved for years.

Nothing lights up children’s eyes more than hot treats on a cold winter day, feel free to adapt this for your own special needs. Then when your little abominable snowmen come to visit, or lives with you, you will be prepared to feed their hunger pains with some great tasting rolls hot from the oven that these little snowmen can help you to make right there in your own kitchen. ‘Till next time RL