The Celebration that Echoed around the world! 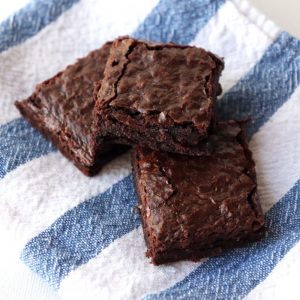 It’s that time of year again when the 4th of July rolls around and the smells of barbecues and fresh apple pies are in the air.   Children of all ages anxiously wait for dark so they can “light” the fireworks they have been dreaming about for a whole year. The thrill, noise and even the smell of those fireworks just enhances the day of celebration.   (https://www.constitutionfacts.com/us-declaration-of-independence/fourth-of-july/)

Of course back in the day that this all started, it was a serious matter indeed. The British wanted to tax the Americans which, they should have known would not sit well with the colonies and since the “colonies” had just been mandated to pay the tax, well we are known to be a contrary lot.

So to show their displeasure of the whole thing some of the colonials decided to take the tea that the English sent over for them to buy, and pay taxes on, and put it into the harbor.  I am sure this contamination of the water today would not sit well with pollution standards.  Well as you can guess the British did not take that to well and we ended up with a little skirmish at Lexington and Concord. From there it was considered a war.  The signers of the Declaration of Independence now became wanted men.  (https://www.history.com/topics/american-revolution/declaration-of-independence)

Newspapers and writers joined forces to excite the public to join the cause of freedom in the United States of America.  England was the most powerful nation at the time of our little rebellion to them was like a hiccup and they wanted to keep us in line.  It took a great deal of effort and talking by the likes of Thomas Paine, Benjamin Franklin and others to influence the everyday citizen of the concept of a new and free country.   Not all wanted to be free from England there were a lot of Tories around that helped the English to quell the insurrection.  But right prevailed and the United States of America became a nation.

Again Britain tried in 1812 to bring the colonies back into their fold.  They met with the same resistance as before. The hard -headed Americans were not having any of their threats or pushing, should we say, by their armies, to place them back as subjects of the realm. They burned Washington and proceeded to Baltimore and engaged Fort McHenry.  Hoping for a quick victory they bombarded the Fort all through the night.  A young man on a mission to free an American doctor from the British happened to be on the command ship that day trying to get the release of his friend.  He and a Col. Skinner (a government prisoner exchange representative of the United States) were detained during the launch of the attack.  Watching in apprehension through the night, this young man watched as the flag proudly flew as the shells burst in the air and showed the flag was still there.  But still to the amazement of the British and pride to Francis Scott Key when dawn came; the flag still waved over Fort McHenry, the British had lost the battle.  Thankfully the two men were able to obtain the release of Dr. Williams Beanes.  Once more freedom was renewed in the land.  (https://www2.ed.gov/about/offices/list/os/september11/ssbfacts.html)

Now of course Britain is one of our closest allies and time has taken away those memories of war and anger and as far as taxes go, well we still have them today but at least we can say yea or nay and as a nation the majority wins.  So if we want new or do not want schools, roads or government services we have the right to vote and let our voices be heard.

So as we watch those 4th of July fireworks that bring a smile to our eyes think of a time when, to see such a sight, brought fear into the hearts of men. Let’s remember the bravery of our forefathers and their determination to establish a government by the people and for the people.  (https://en.wikipedia.org/wiki/Fireworks)

If you have time this year come and join us in Bear Lake Idaho where we celebrate the 4th in Paris, Idaho and see what everyone is talking about.  Then stop in and say hi to Rainy Day Foods just outside of Montpelier while you are in the valley.    Join us in Paris where all gather together; community, families, businesses, clubs and churches that put on a parade for all ages whose pleasant memories will last for years. As we enjoy our barbecues and those deserts whether they be apple pie, cherry pie, brownies, cookies or that desert that there is always room for.  Let’s enjoy our 4th! ‘Till next time RL   (https://www.facebook.com/parisidaho/)