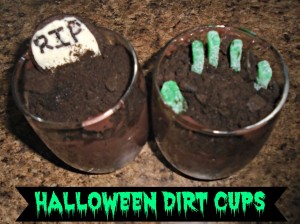 October is one of my favorite months! It’s filled with all the beauty that fall has to bring! It’s when all the leaves on the trees change color, almost as if they’re giving an encore before they leave for the winter. It’s harvest time—the final pat on the back for all the farmers’ hard work. It’s the month that hunting season starts in my household, so we look forward to that and the delicious meat it brings to our freezer. It’s also the first month of the final three holidays that all kids get most excited about—starting with Halloween! They always look forward to letting their imaginations run wild and dressing up as one of their favorite characters…and all the candy they get from trick or treating!! As parents, we enjoy our candy here and there, too, but it’s also nice to have a dessert that’s not just a candy bar. So, with the help of Rainy Day Foods, I’ll show you how to make some fun Halloween desserts.

This first one is called “Halloween Dirt Cups,” using Rainy Day Foods Instant Chocolate Pudding Mix. It’s a pretty simple dessert to make, but you can dress it up and get pretty wild with it! You can make a couple for your family, or make several dozen for a fun Halloween party treat! This time around, I’m only making two, so keep that in mind as you read on.
Start by putting 4 Oreo cookies (minus their frosting) into a plastic Ziplock bag, making sure to get all the air out. 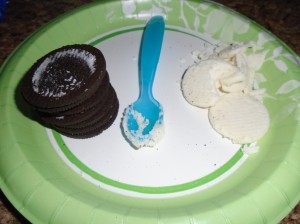 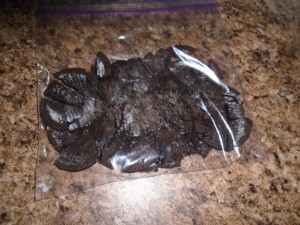 crush the Oreos in a plastic sandwich bag[/caption]

Then using a coffee cup, crush the Oreos into a dirt-like powder. 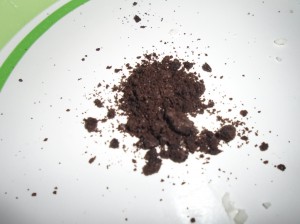 Pour the “dirt” powder into two clear cups. Set the coffee cup and Ziplock bag aside for later. 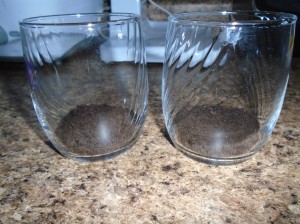 Next step is to whip up some chocolate pudding in a separate bowl. 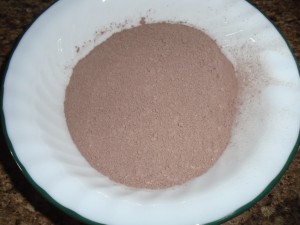 Take 2 cups of cold water and gradually stir in 1 cup of pudding mix. Whip it by hand for about 5 minutes or until there are no clumps and the pudding starts to thicken up.

Pour the pudding into the clear cups on top of the crushed Oreos. Refrigerate 2 to 3 hours. 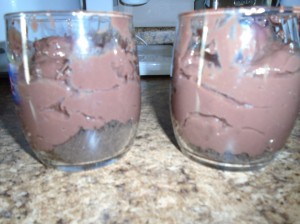 add the pudding to the cups[/caption]

Once the pudding has set up, put 5 more Oreos without their frosting in your Ziplock back and crush them up into small chunks. Pour the chunks on top of the pudding, and now you’ve got “Halloween Dirt Cups”. 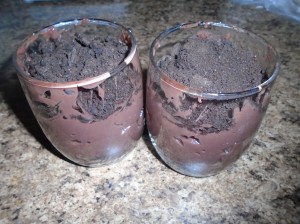 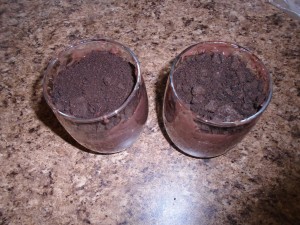 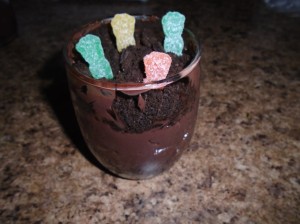 You can take one half of an Oreo with the frosting still on, write on the frosting with a chocolate frosting or sprinkles and make it into a headstone for “Graveyard Plot Cups”. 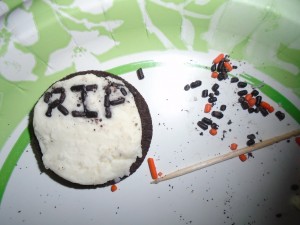 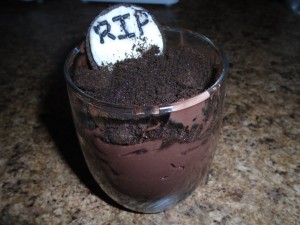 You can even make a zombie hand reaching up out of the dirt! 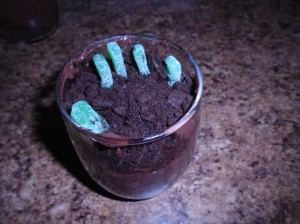 The possibilities are endless!! Lots of neat tricks you can do with this simple treat. 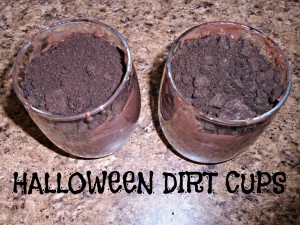