Fall is in the air! And you know what that means—it’s hunting season! Some folks take their camper and stay out in the woods to hunt while others go out early in the morning and return home once it gets dark. Either way, it’s very hard to know when the hunter will return for a meal. He could come back for a lunch, or he may just stay out until dusk. A hunter needs something to keep them warm and have enough protein to keep his energy up throughout the hunt. Wouldn’t it be nice to have a hot cooked meal ready for him when he gets back? But that is almost impossible to do! It will either be overcooked by the time he gets back or he’ll have to wait almost an hour to an hour and a half for the meal to cook...but with a little prep time and the help of Rainy Day Foods, we can help your hunter eat a warm, hearty meal at his convenience throughout this hunting season.
First off, let me introduce you to Rainy Day Foods Signature Meats. They come in beef chunks, ground beef, turkey, boneless chicken, and pork. This canned meat is hormone-free, REAL meat that can be stored from 3 to 5 years on a shelf unopened. Because it is real meat, you do need to refrigerate any leftovers and treat it as you would any other meat once opened.** The great thing about this canned meat is that it is precooked and ready to serve! Just think of the prep time that saves you!! Between thawing out the meat and then cooking it, that’s almost a half hour saved! Knowing that, it brings so much more possibilities to meal planning when you’re enjoying the great outdoors. 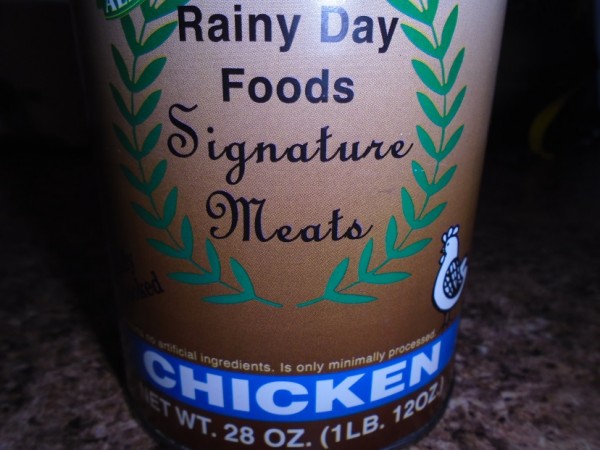 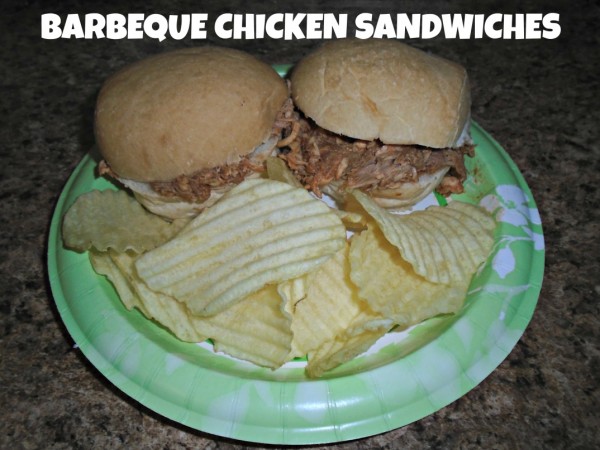 This recipe is very simple and quick! 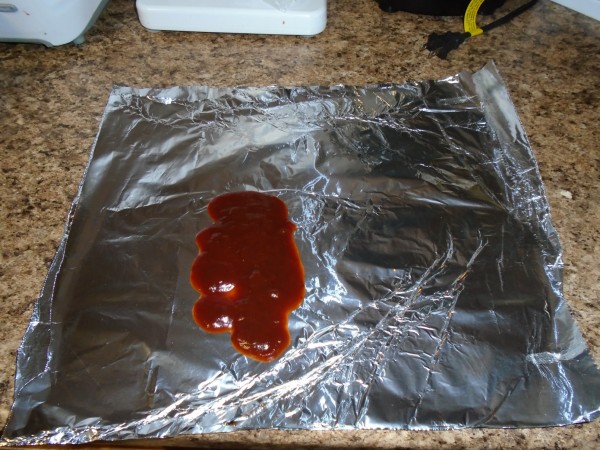 Next open the can of chicken and drain its natural juices out. Then stir the chicken just enough to shred the meat chunks into strips. Scoop out desired amount of chicken onto the BBQ sauce and top with another squirt of BBQ sauce. Remember, any leftover Rainy Day Foods Signature Meats Boneless Chicken needs to be refrigerated and treated just like any other meat once opened. Here, there are roughly 6 scoops of chicken and 1/6 of a cup of BBQ sauce. 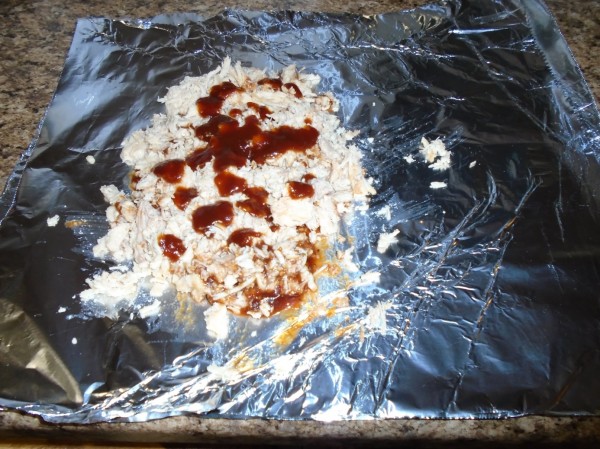 Fold up the aluminum foil so all seams are on top. 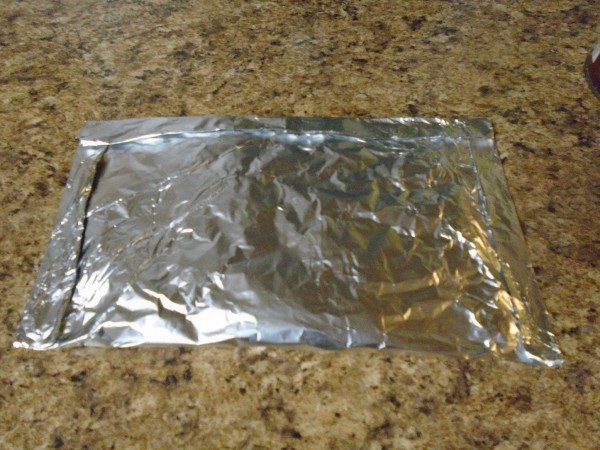 fold the foil so seams are on the top[/caption]

Place in the fridge or ice cooler until ready to eat. Once ready, just warm it up for 15-20 minutes in the oven at 350 Degrees on a pan (just in case any juices come out) or on top of some coals from the fire or on the grill with a lid on at medium heat. Then serve on a bun or on top of some potato chips. 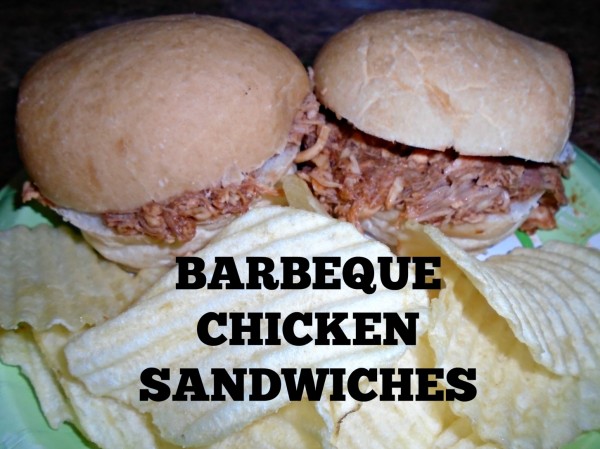 One can of Rainy Day Foods Signature Meats Boneless Chicken along with 1½ cups of BBQ sauce will make 10-12 medium sized sandwiches.

**If you have any questions about the Rainy Day Foods Signature Meats feel free to call us at 1-800-847-0465 or send an email to info@rainydayfoods.com

Make sure to watch for our next meal idea!
We’ll have a new Hot Meals for Hunters blog featuring a different meat each Tuesday and Friday all September long!!