Wow Your Kids with the Science of Dehydrated Foods 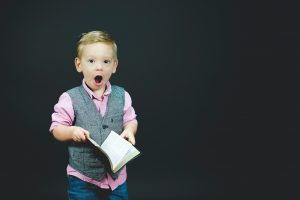 Photo by Ben White on Unsplash[/caption]

Drying food can take between four and 24 hours, but those who are into the unique texture of dehydrated foods will tell you that the wait is definitely worth it! Dehydrated foods concentrate calorie and sugar content, making them an energy-efficient snack that is quickly absorbed by our bodies. Moreover, their reduced moisture content makes them longer-lasting and helps families avoid wasting produce. There are, indeed, so many fascinating scientific facts you can discover alongside your children. Start out with a few fun activities that demonstrate what makes dehydrated foods different.

To show kids how much longer dehydrated foods last, measure out a similar amount of fresh and dehydrated blueberries. A small amount will do (around one tablespoon), so as to avoid food wastage. Place the dehydrated blueberries in one closed compartment and the fresh ones in another. Leave them both on the counter. After around two or three days, you will notice that the fresh blueberries have become mushy and soft. Mold may have appeared where the stem was attached. Meanwhile, you will find that the dehydrated version has held its own and is still as perfect as the day you opened the package.

One of the best ways to sharpen your child’s scientific mind is to take part in a few experiments that are similar to what scientists undertake in the lab. Doing so involves taking a proactive stance to learning. It also values process over results. If you have a food dehydrator, take a vegetable (such as zucchini) and weigh it prior to drying and after. Children will be surprised to discover the difference in weight when moisture is removed. Try this same experiment out with various types of produce, and keep a table indicating how much weight each type of produce loses. You will find that most fruits have a 20% moisture content when dried, compared to vegetables, which have 10%. To test how much water has been lost, keep weighing the produce until there is no further moisture loss and calculate which items have lost the most moisture.

Listing Down Changes in Produce

The science of dehydration is fascinating. Food dehydrators essentially remove moisture from produce slowly, and the result is food that is lighter, dryer, and crunchier. Dehydrated foods also last longer. Therefore, they can help families avoid food wastage, which occurs when produce goes bad before they have time to consume it.