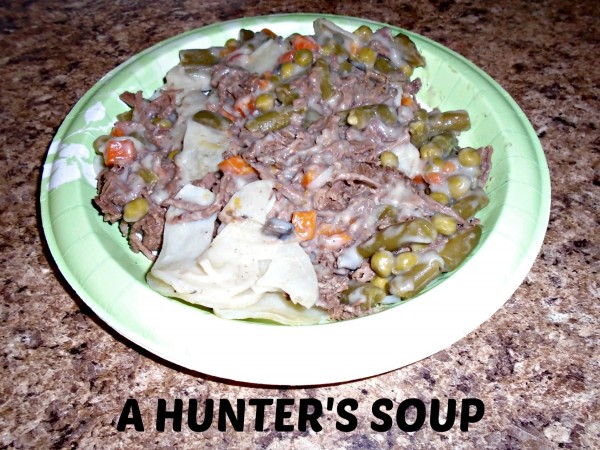 Continuing with our Hot Meals for Hunters segment, we’ll be using Rainy Day Foods Signature Meats Beef Chunks. I like to refer to this as, “A Hunter’s Soup”. It’s everything you would find in a soup minus the noodles.

We start with a little prepping. You can either use fresh veggies if you have the time to cut them up or you can use Rainy Day Foods dehydrated or freeze dried veggies. If using the Rainy Day Foods, I would recommend for this particular recipe to use their Mixed Veggies and Potato Slices. If you use the dehydrated or freeze dried veggies, you simply take the proportion you would like to use, put it in a bowl or cup and reconstitute it with HOT water. Add a bit of HOT water at a time, stir gently, and let it sit a minute. Repeat as needed until they’re back to their natural physical state. Discard water before adding to meal. 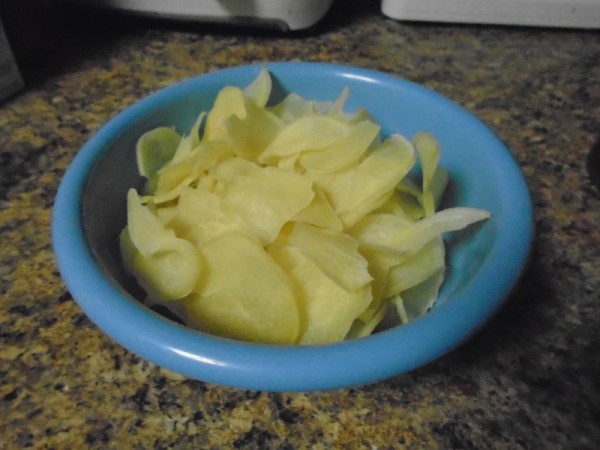 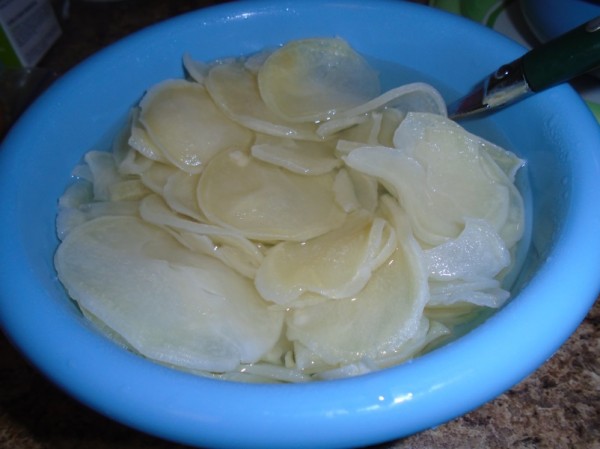 Once the veggies are ready, cut a fairly good sized sheet of aluminum foil and lay it out flat. This is where all the food will go, so make it big enough to hold as much food as desired and still be able to fold and stay closed. I used roughly a foot and a half of aluminum foil for this meal. It works best to do one serving per sheet of aluminum foil. After you lay out your sheet of foil, open a can of soup—preferably a “Cream of” soup; we used a can of “Cream of Mushroom”. You can also use the Rainy Day Foods White Cream Sauce/Soup Mix. Scoop out 2-3 spoonfuls of the soup mix and smear it on half of the aluminum foil. 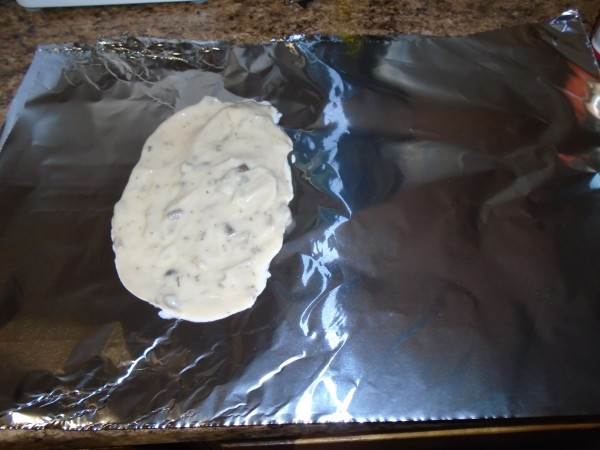 Next, open the can of Rainy Day Foods Signature Meats Beef Chunks and drain out the natural liquids. You may want to pick out the chunks of fat, and then lightly stir the meat chunks so they become shreds. Remember, any leftover beef needs to be refrigerated and treated like any other meat once opened. 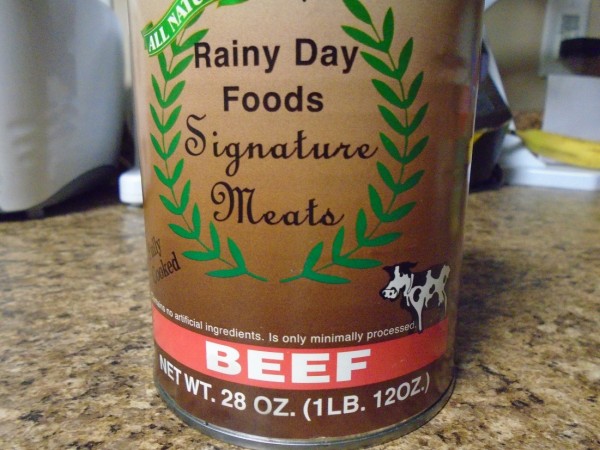 Layer the veggies on top of the soup mix, 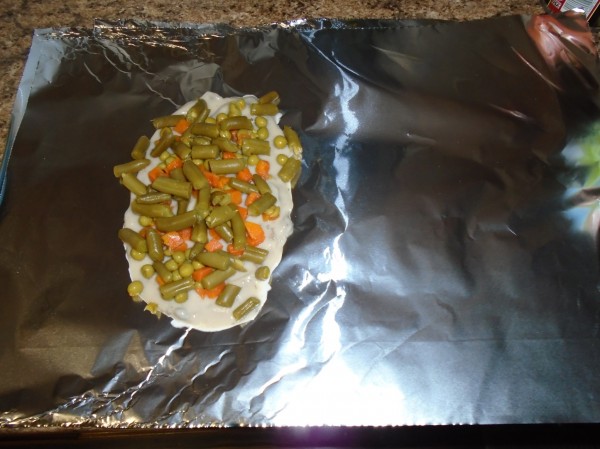 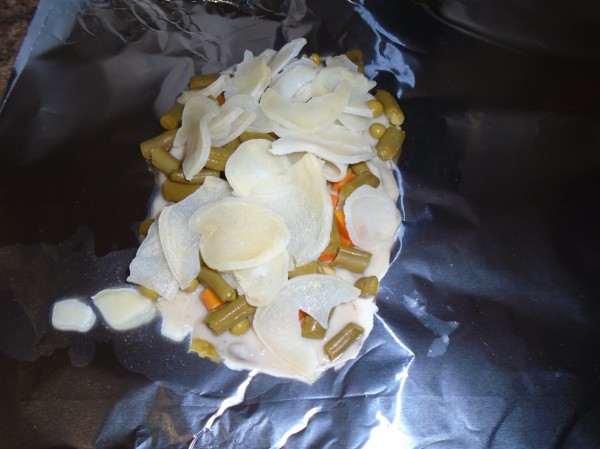 layering the vegetables over the soup mix[/caption]

followed by the desired amount of beef, and top with a little more soup mix. 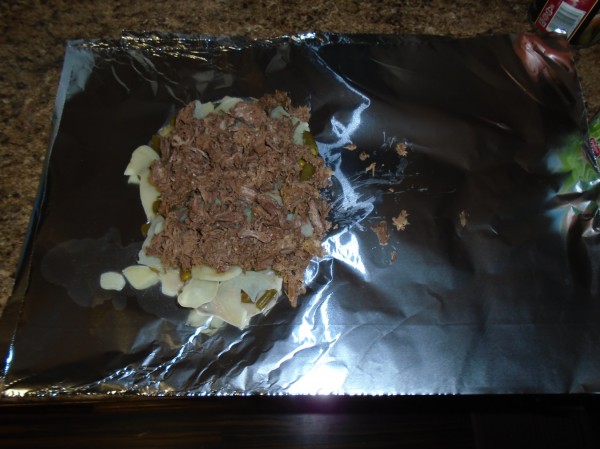 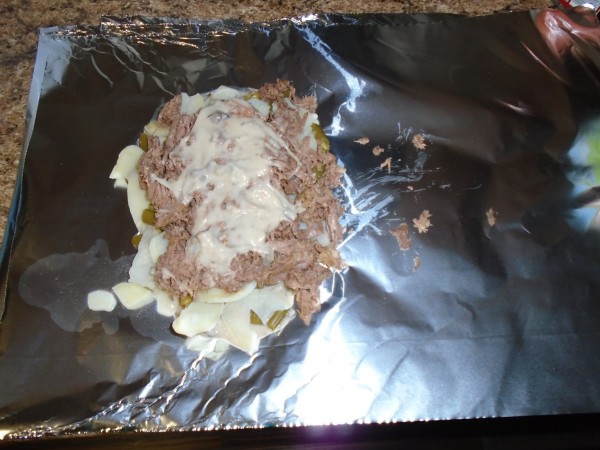 Fold all of the seams of the foil so they are all on top and then none of the soup will leak out. If desired, you can always double wrap it. 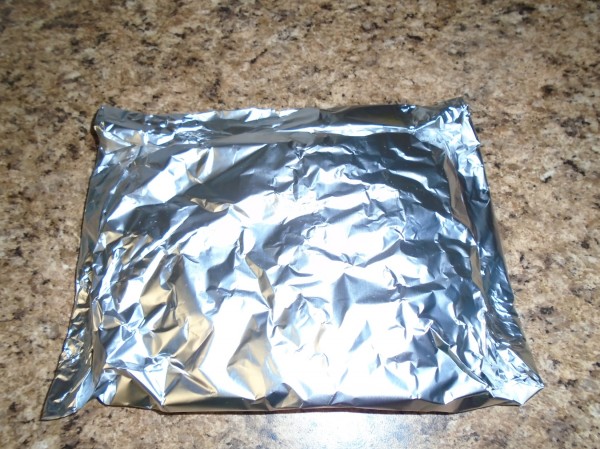 fold foil so seams are on top[/caption]

Then put the foiled meal into your ice cooler or fridge until the hunter is ready for his meal. Once he’s ready, just place the foil meal into the fire on top of the coals, on a pan in the oven at 350 Degrees, or on the grill with a lid on top at medium heat. Depending on how much food is in the packet, let it warm up for 15 to 20 minutes. Once everything is warmed up, it’s ready to eat! 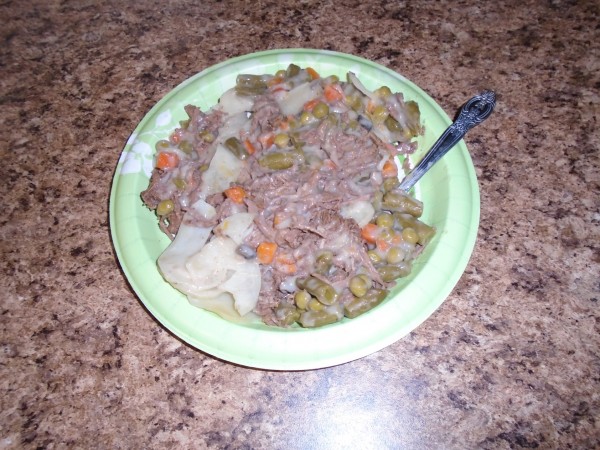 Hunter's Soup is ready to eat![/caption]

One can of Rainy Day Foods Signature Meats Beef Chunks will make 4 to 6 meals.

Make sure to watch for our next meal idea! We’ll have a new Hot Meals for Hunters blog featuring a different meat each Tuesday and Friday all September long!!