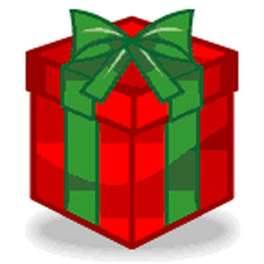 Once Thanksgiving is over, when I was a youth, stores would open their doors ready for the Christmas rush. (Can you remember the first day this year you saw Christmas decorations and displays being put up at a local store?) Rooms and basements that had been closed were now open for us, the kids, to explore, dream and pester our parents about getting us that new toy or gadget that was shiny and bright. Santas were out in abundance at each store passing out candy canes and listening to each of our wants for Christmas as they sat in a corner of the toy section allowing parents and children to travel past all the new “in” toys for the year.

Many stores Christmas items were kept secret until the day after Thanksgiving, not like it is today, nor was it seen to have any of the decorations and promotions before then either. Don't forget to check out the holiday specials at Rainy Day Foods. (https://rainydayfoods.com/) Now it seems we are all privileged to know what each store and business will be doing in order for one store to out do the other. Competition of course is good for us the consumer but it seems we get a little hardened over the whole season because of it.

Do you remember going down to one of the big box stores to see the model train displays when we were young. The train displays were always elaborate, usually put on by local model train enthusiasts hoping to add members to their club and, of course, the store wanted to sell us those trains. I can remember waking up Christmas morning and finding one of those electric trains under the old Christmas tree and the hours of enjoyment making different track designs and dreaming of where that train was heading. That train even had pills you could put in the smoke stack which would spew out smoke for some time after you put the pill in the engine.

There are always the grand old movies of the Christmas season. Not the high thriller ones of today where the hero saves the universe or the plant from destruction while Santa delivers the toys just in the nick of time to all the little boys and girls. No matter how you feel, movies have become a big part of all our lives in this day and age for both good or bad. Some of those which we watch from year to year, while eating our buttered popcorn, are the likes of “Holiday Inn” (later to be called “White Christmas” by some) or even “Miracle on 34th Street” , “A Christmas Carol” and “Its a Wonderful Life” just to name a few.

And who can forget the music we sing to ourselves while driving or when we go caroling to the neighbors to the likes of We Three Kings, The Twelve Days of Christmas, Joy to the World, The Little Drummer Boy, Santa Claus Is Coming to Town, White Christmas. And let's not forget to mention O Holy Night which was written in 1847 and my favorite, Silent Night, written in 1816. Now those two have staying power. (https://www.thoughtco.com/top-christmas-songs-3245323) I can just taste that hot apple cinnamon drink with the fresh cooked fudge brownie to end a night of caroling.

Of course today there are more lights decorating both stores and homes today than in years gone by that bring the season cheer into our lives. There is even friendly competition among communities to see who can decorate the best.

One of the things I like most about Christmas is the awareness we have of others and the problems they have which, when the Spirit of Christmas hits us, we take action to help. Recently we heard about the fire that engulfed most of Paradise, California in what is commonly called the Camp Fire fire. The fire itself claimed 84 lives which makes it the deadliest forest fire in California's history. (https://www.newsweek.com/california-fire-out-finally-after-black-friday-rains-1229596)

In that small town of Paradise, as they tried to overcome the devastation of the fire, a high school Volley Ball team which had been preparing for a regional tournament now needed to make the choice to either play or stay home and help in the clean up effort. Most of the team had lost uniforms, shoes, you name it; it was probably gone. Pulling together as a team to give hope of a better tomorrow for their community they decided to play in the regional tournament. Upon arriving at the the game they found that the opposing team, Forest Lake Christian High School, had been busy. Not planning their strategy for winning the game but going to their own community and team parents to get help for the Paradise Adventist Academy girls volleyball team.

Forest Lake Christian High School raised around $16,000 along with clothes, volleyball uniforms, shoes, knee pads and more for the Paradise volleyball girls to compete against them in the Division VI regional tournament. They also got the cost of admission wavered so that ticket donations could go to fire victims of the Camp Fire disaster. (https://fox40.com/2018/11/20/when-a-high-school-volleyball-team-lost-everything-in-the-california-fires-their-opponents-bought-them-new-uniforms/)

Jason Eyer, coach of the Paradise school, said “I've never been so overwhelmed by so many things I would have never thought possible, and this is one of the most amazing things I could ever have thought would happen. Your community is awesome. We will be forever grateful.”

Personally I am grateful for those firefighters who place their lives in harms way to try and keep these devastating fires from our communities. I am also grateful for those who see a need, like those at Forest Lake Christian, and then fill it setting an example for all of us and reminding us of our obligation to help each other for we are all brother and sister. 'Till next time RL