Our Right to Vote 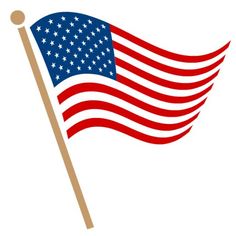 After the Boston Tea Party and Bunker Hill our nation had to get down to the businesses of being a nation. Why? Because we were tired of being taxed without representation and having laws and regulations changed without any notice or our input. Really the average citizen loved the King of England, it was just those pesky Parliament types and their laws that were wrecking the colonies. But those Parliament types decided that they needed to quell the trouble makers in America and sent some top British military personal and hiring Hessian armies, or mercenaries, to put those Americans in their place so that peace could once more reign in the land and the taxes flow back to England.

Trouble is, Americans, even back then, had a tendency of doing things their way not how someone else wanted it done. Especially without having any say in the matter, so when the British sent some troops to do a little pushing, we shoved back.

The British were forced to evacuate their hold on Boston. But strengthened their presence in New York City and surrounding areas. After the first volley's had been fired, armies engaged and skirmishes were fought with the Americans taking the brunt of the losses. The British were then in high spirits of a quick victory.

Discouragement began spreading its poison through the ranks of the young American army and its leaders; bringing with it mistrust and doubts of leadership. Even the weight of those lost battles affected the Continental Congress and many in the Congress believed the revolt was now doomed. (https://www.history.com/this-day-in-history/washington-crosses-the-delaware)

With Washington's retreat, across the Delaware River giving New Jersey to the British and their hired forces, was a bitter blow to him, his command and the country. Winter was setting in and the main British troops pulled back to rest and plan the spring offensive, leaving the rear guard of Hessian's to keep the Yanks at bay until the coming of Spring when again the British offensive was to resume.

With morale in the Patriot ranks at an all time low, who could blame the troops, with winter at the doors and their supplies at bare minimum. Even their rations could hardly fill the hunger that showed on their faces and their attitudes. A big part of their daily rations included meat (often beef or pork), bread or hardtack, dry beans or peas and drink. These items were often made into a stew with the hardtack being heated in water to soften it. Of course there were occasions when they would receive milk, turnips, potatoes, onions and fish which made a good change to their meals and brightened their spirits but these were far and between the usual. (Better meals and more nutritious could be gotten from Rainy Day Foods not to mention their November specials.)

Things began to change when Thomas Paine wrote a pamphlet called “The American Crisis” in part it read: (http://www.ushistory.org/paine/crisis/c-01.htm)

"These are the times that try men's souls; the summer soldier and the sunshine patriot will, in this crisis, shrink from the service of his country; but he that stands it now, deserves the love and thanks of man and woman. Tyranny, like hell, is not easily conquered; yet we have this consolation with us, that the harder the conflict, the more glorious the triumph."

General Washington had this pamphlet sent to his whole army to inspire them for what he hoped would be a victorious counter attack. This pamphlet did help to improve the soldiers tolerance in their difficult conditions of the cold and snow of early winter. Inspiring them to stand united in their efforts to remove oppression from the country.

On December 26 the planning was done and the army was now ready. Washington split his forces into two groups and crossed the Delaware River. Taking parallel routes the two columns moved inland from the river a few miles. The attack resulted in 3 American's being killed and six wounded. The Hessian's fared worse with 22 killed, 98 wounded and 1000 prisoners taken. The boon of the victory was that Washington now had some of his stores for future battles ensured with the capture of the Hessian's supplies.

In the days following the battle the victory made its effect on the troops boosting their morale and giving even the Continental Congress renewed enthusiasm and support for the troops and freedom. Washington himself became the unquestioned leader of the army and hero of the fledgling nation neither of which had he been before the battle.

The tide had turned. Independence could be tasted! The country moved forward in God's destined course to become a free nation. Of course there were still battles to be won from Britain, who would not let go of one of its cherished colonies. The Battle Of Saratoga fought in September and October of 1777, started by the British, sealed the birth of the United States of America.

Before the battle of Saratoga on 4 July 1776 representatives from the 13 colonies gathered together and voted unanimously for the “Declaration of Independence” from England.

Which in part states:

“When in the Course of human events it becomes necessary for one people to dissolve the political bands which have connected them with another and to assume among the powers of the earth, the separate and equal station to which the Laws of Nature and of Nature's God entitle them, a decent respect to the opinions of mankind requires that they should declare the causes which impel them to the separation.

We hold these truths to be self-evident, that all men are created equal, that they are endowed by their Creator with certain unalienable Rights, that among these are Life, Liberty and the pursuit of Happiness. - That to secure these rights, Governments are instituted among Men, driving their just powers from the consent of the governed, - That whenever any Form of Government becomes destructive of these ends, it is the Right of the People to alter or to abolish it, and to institute new Government, laying its foundation on such principles and organizing its powers in such form, as to them shall seem most likely to effect their Safety and Happiness. Prudence, indeed, will dictate that Governments long established should not be changed for light and transient causes; and accordingly all experience hath shewn that mankind are more disposed to suffer, while evils are sufferable than to right themselves by abolishing the forms to which they are accustomed. But when a long train of abuses and usurpations, pursuing invariably the same Object evinces a design to reduce them under absolute Despotism, it is their right, it is their duty, …........ to provide new Guards for their future security.-...”

Those who signed the Declaration of Independence put their lives on the line for their country and for us. The outcome for the future independence of this nation still hung in the balance. These God inspired men gave us the right to vote to let our individual voices be heard and with common consent, govern our land, whether local, state or national we have the right to let those we elect know how we feel and we should vote accordingly.

Government leaders are the employees of we the people of this great nation. Lets let our voices be heard at this and each election. 'Til next time RL