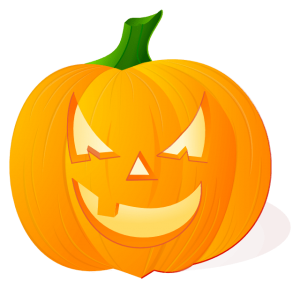 Since it will be Halloween soon I thought I would write about one of those old time horror stories that keep the kids and grandchildren hiding under the blankets from start to finish. First before we scare the little ones maybe we should have them help us make some Molasses Taffy like the old days. Pretty basic with 2 cups sugar; 1 cup molasses; 2 tbs spoons butter powder; ½ cup good old fashion H2O; 2 tsp white vinegar and ½ tsp baking soda; boil vinegar, water, molasses and sugar until hard ball stage; take off heat and add baking soda and butter powder, mixing in; onto a buttered flat pan pour candy and let cool. Then when cool enough to work fold taffy together then pull (this part the kids like; better oil their hands and yours) taffy until golden brown. Make into small pieces and wrap, if you have any left over. Then let's tell them the story.

Of course I thought about retelling the story of Frankenstein's Monster, but no, too scary. So I asked around for help and got a few suggestions like the Headless Horseman or Count Dracula, even the Werewolf, I think we must be a little old school around here. But alas, I looked at the calendar and realized there was a scary story that unfolded 89 years ago that perhaps we should have a look at and ponder over.

My Grandfather related to me once how this event affected his life; let us begin at the start so we can have a full appreciation of how it affected a nation - even the world.

Following 10 years of growth, prosperity and nothing but a sunny future, on the 29 October 1929 it all came to an abrupt end with the crash of the stock market. It was at a time of massive wealth building. But with the stock market crash bankruptcy was more the norm of those seeking wealth. Thus entered the Great Depression. (https://www.investopedia.com/terms/g/great_depression.asp)

Of course this was just the beginning with a lot of the big banks having invested in the stock market heavily and no one buying stock with the price of stocks falling they had no way to recoup money for their customers. Many of these banks had to close their doors leaving individuals who had deposits with them, without their money.

Now it started to affect businesses as well and the snowball started rolling down the proverbial hill. Businesses with falling sales could not maintain their labor force and those that were lucky enough to still be working had their wages cut. Then with income falling consumers did what consumers do, they stopped spending, in an effort to try to conserve their money that they had in order to feed their families and to keep a roof over their heads. Which brought on more misery for the economy.

Unemployment escalated from 3.2 % to 24.9% in a short time which meant that one in every 4 people were out of work.

Just as everyone thought the worst was over and things would start to turn around another disaster struck - a severe drought in the Great Plains of the United States. To compound the matter, dust storms started up in the plains which added to the effect of the drought that made life just about unbearable for farm families. Small farms who lost their crops to these dust storms (http://ocp.ldeo.columbia.edu/res/div/ocp/drought/dust_storms.shtml) and drought suddenly found themselves in foreclosure from the banks that were still open adding more individuals to the rolls of the unemployed and homeless. These people, the backbone of society, in the heartland of the country suddenly found themselves for the first time facing starvation and no hope of work. They did what others where doing at the time and migrated to other areas of the country to find any kind of work. They were often not welcomed and even looked down upon by the locals and even those who also were looking for jobs from other areas of the country.

The New Deal era (https://www.thoughtco.com/top-new-deal-programs-104687) came and with the change of administration the government started putting some people to work in government funded programs. Thus easing the spiraling down fall of the economy to a point, yet not enough to bring the country out of its depression. That took the bombing of Pearl Harbor and the United States entrance into World War 2 to actually bring an end to the depression.

My Grandfather like others of the time was effected by the depression, he lost all sources of income to support his family. One late afternoon after job hunting Grandfather arrived home, he was discouraged, he walked into his garage and saw the old lawn mower. The thought struck him to do what he was great at, landscaping and lawn work, and to just go door to door offering his yard care. He thanked the Lord for that inspiration, and right then and there he put all his tools into his truck (which he always called the machine) and headed up town. He actually found work that day, it did not pay much, but it was a start to keeping his family going during this rough time in American history. He eventually got a job with the state being a grounds keeper for a University.

I often wonder to myself if I were in that situation would I be inspired from above on what to do like my Grandfather? Would you? Most of these families were caught off guard by the sudden down turn in the economy. Because of the free flow of plenty they forgot the principle of preparing for a rainy day. We should not. History is a great teacher and one of the things it teaches us is that history, not learned, often repeats itself. Are we prepared for that rainy day? Some of the things we should prepare for at all times is paying off debt, get housing for our families, don't be afraid of work, get an education that will improve your life, saving money for that rainy day and storing emergency food. Rainy Day Foods (https://rainydayfoods.com/) can help with the emergency food reserves. A structured plan to achieve these goals would be well worth the effort. Life never goes exactly as we plan so we should be prepared as much as we can for those down turns in the economy, health or whatever may come. My Grandfather relied upon his faith, his experience and knowledge along with his work ethic to provide for his family in a time of extreme need. May we be as wise. 'Til next time RL