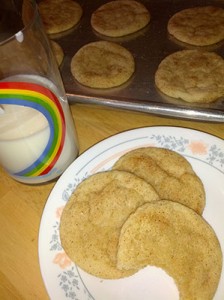 School is out and the kids are looking for treats. At my house, that means lots of cookies. One of their favorites is Snickerdoodles. If you’ve never had them you are missing out on a yummy cookie and they are a nice change from the usual chocolate chip. My kids even think it is fun to help me make them. Here is the recipe: 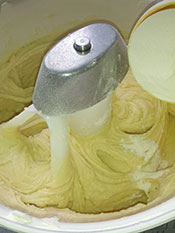 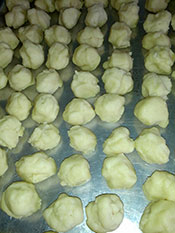 Combine:
6 Tblsp. Sugar and 3 tsp. Cinnamon Powder
Shape dough into 1 inch balls. Roll balls in sugar-cinnamon mixture to coat. Place on an ungreased cookie sheet. Bake in a 375 degree oven for 10 minutes. This recipe will make about 7 dozen cookies.
Be sure to have plenty of milk for dipping these into! 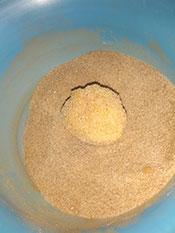