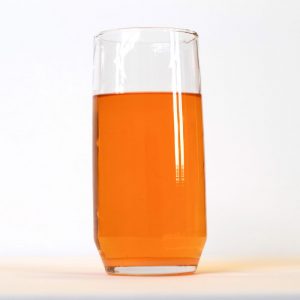 It happened again this last week on Sunday. That time of the year when we have to turn our clocks ahead one hour. We awaken and head to the kitchen to start breakfast so everyone will not be late for church. Why is it so dark we wonder?  (https://www.snopes.com/news/2017/03/11/origins-daylight-saving-time/)

We start the crock pot for lunch today so we are not scrambling to make it when we get home. My wife and I wonder why we don’t hear anyone moving about and again why it is dark as we get out the granola for breakfast and get the bread ready to toast.  Cereal is one of our traditions for Sunday, especially when we have visitors, it is a lot easier to just have the cereal for breakfast instead of doing a lot of cooking.  If it was Saturday we would probably make cinnamon rolls from scratch because no one is in a hurry and that reminds us that there are a couple of them left over from yesterday and it would be great to have one along with the granola once warmed up in the microwave.

Mixing the orange drink in a pitcher one of the children wanders in dragging a blanket and asked why we are up.  Well it’s Sunday and we need to get ready to head to church.  But it’s not time, the child protests, as you try to hurry her off to get changed and ready for the day.  Do we have to have every light on in the house this morning! Why is it so dark?

`           What’s going on this morning you ask yourself? Then it hits you, its daylight savings time, that time of the year when you turn your clock ahead 1 hour which means everything is an hour earlier as well. (https://www.parents.com/kids/sleep/tips/daylight-saving-time/)

The first thing you think of is how Benjamin Franklin messed up our lives. But you know it really was not old Ben who made this time change.  In fact, our modern Daylight Saving Time actually began in 1966 when a federal law was passed by congress that enacted the Uniform Time Act which specified Daylight Saving Time to help us all be on the same time in our nation, baring our different time zones of course. But the act left it open for states to opt-out of changing to Daylight Saving Time if the state did not want to participate with the rest of the nation. (Leave it to Arizona and Hawaii to take this option.) But this law allowed trains and plans to have a uniform time for arrival and departures across a nation that was ever increasing in its need for transportation of goods and travel. (https://www.gohawaii.com/) (https://www.visitarizona.com/)

This day light saving time thing has been toyed around with for a long time and it was suggested way back in Benjamin Franklin’s day by the man himself in 1784 in what was called an essay.  Our modern version must be placed on George Hudson, an entomologist, who lived in New Zealand in 1895 who wanted to have a couple of more hours of daylight to search out and catch bugs; really!. (https://en.wikipedia.org/wiki/George_Hudson_%28entomologist%29)

Daylight Saving Time was first adopted by the United States in 1918 but was thrown out a year later in 1919 because no one liked to switch times, everyone got up earlier in those days; wonder what that says about us today.  Then it was implemented again in 1942 because of the Second World War.   After the war it was left to the states to decide if they wanted to continue using the Daylight Saving Time or not until 1966 when a need arose for a unity in time to keep everyone going and coming on an organized schedule.  Then of course it changed again in 2005 when Congress changed the dates, again, for the clocks to be set to the second Sunday in March to (spring ahead) for an hour more of daylight and then on the 1st Sunday in November to once more move our clocks an hour back (fall back).  So you see we don’t really lose an hour of sleep we get it back in the fall, so to speak.

I guess the time change is there to keep our minds sharp, you know what Ben Franklin said, “Early to bed and early to rise makes a man healthy, wealthy, and wise” which is found in his pamphlet “Poor Richards Almanack” wrote in 1735. (www.benjamin-franklin-history.org/poor-richards-almanac/)

So now that we are getting adjusted to this new daylight in our evenings which seem to go on and on.  Well I guess that means we need to fix a little bite to eat for everyone that is visiting. So grab up some spaghetti, some cream of chicken soup, a can of chicken, a couple tablespoons of nacho cheese sauce, some mixed peppers, a little onion, a couple of table spoons of sour cream, some milk.  Mix and cook everything together except the spaghetti which you cook separately.  Add water to desired thickness, we like to make the mix a little thick for ourselves.   Put the spaghetti in a large bowl then put the other ingredients on top.  Then sprinkle some freeze dried cheese all over the top of this great tasting meal and serve.    It’s no wonder everyone keeps coming back to visit!

So after finding out that we were an hour behind we hurried and ended up at church (https://www.lds.org/maps/meetinghouses/@0.000000,0.000000,2&cid=HP16FDM&lang=eng) on time and while watching others come in a little late I made a mental note to start putting reminders on the refrigerator to make sure I remember to change the clocks.  “Early to bed early to rise…” ‘Till next time RL