Hot and Cold: Freeze Drying and Dehydration Methods that are Changing the Freeze Dried Food Industry 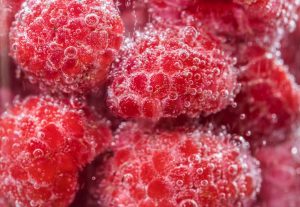 Photo by rawpixel.com from Pexels[/caption]

It’s an exciting time for manufacturers and consumers of foods like freeze dried broccoli, freeze dried strawberries, or freeze dried apples, with new technologies adding value to different foods and enabling foods to retain the maximum amount of nutrients. The global freeze-dried foods market is expected to post a CAGR of over 7% between 2018 and 2022, not only because of recent scientific findings indicating they have a high nutritional content, but also because they are easy to rehydrate at home and turn into delicious meals. The following are just a few of the many developments in this industry.

Freeze-drying food at cryogenic temperatures and very low pressure creates high quality products like fruits and vegetables, but recent experimentation has found that using microwave heating alongside freeze drying can speed up the drying rate. The combination also produces optimal texture. Researchers have stated that so far, the technique has been used on small-scale operations, but with further research and development efforts, it could be used on a wider range of products.

Developments in 3D printed food technology mean that today, it is possible to print any food that can be pureed first. Through a process known as ‘additive manufacturing’, the puree is printed into a food product (immediately edible or dehydrated) layer by layer. As long as food stays within the parameters of the printer, any shape can be created, which means that 3D printers can be used to make everything from bagged fruits and vegetables, to dehydrated snacks. The company Natural Machines has already come up with a machine called Foodini, which is hailed as “a mini manufacturing plant in your kitchen.” The machine essentially allow users to print foods (both fresh and dehydrated) with less fat, sugar, and other ingredients found in conventional foods. 3D printed foods can also be used to boost the appeal factor of ‘ugly produce’ that might have otherwise been thrown out. Already, Michelin-starred restaurants like Melisse in Santa Monica are working in culinary labs to print starches, proteins, and dehydrated fruit and veg.

A technique developed by scientists at the University of Alaska-Fairbanks involves the use of a quicker freeze-dried technique to process salmon cubes. The developers said they hoped to use this technique to add value to parts of meat considered to be less appealing. The process, which took only nine hours, involved raising the temperature from -40ºF to 32ºF. This reduced the process by at least 11 hours. The technique was used to successfully dry 97% of moisture from Alaskan salmon. Researchers stated it could be used to freeze-dry parts of the meat that were once considered ‘useless by-products’. The cubes can be used to make snacks, toppings, soups etc. - which is good news for those needing more Omega-3 goodness in their diet.

Freeze-dried and dehydrated foods can go a long way towards reducing waste. With new technology enabling food to retain a maximum amount of nutrients, dried foods are saving on costs and contributing to up our consumption of healthy and tasty foods. Combined with techniques like microwave heating and 3D printing, freeze-dried foods are set to play an increasingly greater role in consumers’ everyday diets.