July is for Apple Pie and Mom! 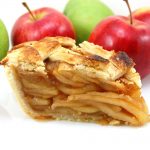 Here in the west July is a big month. We celebrate 4 July with the rest of the nation by indulging in parades, picnics and fireworks. Then we turn around and celebrate again on the 24 July that heritage that brought us here to the west and to this, the United States of America. Our Pioneer forefathers who braved an unknown land that held rain, snow, mud, cold, heat, rivers, mountains, hostile natives and discouragement yet their faith in God gave them the hope for a better future for themselves and their descendants.

These hardy souls came from all over the world to obtain that better life that the beacon of Freedom and Liberty offers in America. Hoping for the best and trusting in God they came! Thus making the United States of America truly the melting pot of the world. https://kidinfo.com/american_history/pioneers.html

Take the story of William Hughes who emigrated to America with his family during the handcart era from England. He sold his lumber business and household furnishings in England to pay for the trip. He donated a large amount of that money to his church and then paid the expenses of two other people who wanted to come to America.

The Hughes family (his first wife, Catherine, died and he remarried Sarah Ann, before coming to America) consisted of 6 children, crossed the plains with a handcart company and endured hardships common to those who traveled by handcart to the western United States. They came through Echo Canyon in Utah arriving in what was known as Weber Valley and spent the remainder of the winter there. It was a hard winter with snow so deep that transportation was nearly impossible. In the spring they traveled to Salt Lake City and later to Farmington, Utah where they located. There William took up the trade of Stone Mason. He built and operated the first grist mill at the mouth of Farmington Canyon. He also helped to build the old rock school house, the hotel which was known as “Thomas Hunt's Store” and many other homes in the Farmington area. He died in 1894 at the age of 79 in Farmington with his wife Sarah passing away in 1911. (www.ancestry.com/)

With the influx of emigrants from England came also a commodity known to one and all called Apples. Pioneers in the day dried, preserved, made cider and ate these apples fresh off the trees, which gave them variety in their diets.

Thanks to Johnny Appleseed, also known as Johnny Chapman, apples became plentiful across the nation. The phrase “as American as apple pie” became a popular saying. And as time went on Apple Pie became ever-so-more popular that during World War ll reporters would ask soldiers why they were fighting and the common reply “for mom and apple pie” was heard.

Even today Apples adorn grocery shelves and are a common venue on many a menu, with even computers being named after them.

With the passage of time, preservation techniques improved and Apples are canned, bottled, packed in snack trays, Freeze Dried and Dehydrated for long term use as a mash, cubes or slices to extend storage life. They can even be given the flavored of other fruits to enhance their appeal and add variety to a meal or pie.

There are literally thousands upon thousands of Apple Pie recipes today to testify of the popularity of apples. Here at Rainy Day Foods our Freeze Dried and Dehydrated Apples work well in any recipe calling for apples. Just reconstitute about 2 ¼ cups of Freeze Dried or Dehydrated apples and substitute in your favorite pie recipe. These Freeze Dried Apples or Dehydrated Apples also work with Apple Crisp or Apple Muffins www.thepreparednessstore.com. You should even try them out in your favorite Dutch Oven recipes.

One recipe talked about around here for Apple Pie is to take 2 ¼ cup Freeze Dried Apples; ¾ cup brown sugar; ¼ cup white sugar; 1 tsp. Cinnamon; ½ tsp Allspice; 1 can evaporated milk. Remember to re-hydrate the Apples first then mix together with rest of the ingredients and place in your pie shell and top with crust. Bake at 425 degrees for 15 minutes then reduce heat to 350 degrees and bake 30 more minutes then turn off the heat and let sit in the oven another 10 minutes or until done.

You can use your imagination and add different fruit to the Apples to get different flavors. A member of our staff suggested trying Pears. You could even try changing up the recipe itself to see how it turns out. Maybe one of your descendants will read how you made the perfect pie and had it named after you. 'Til next time RL.