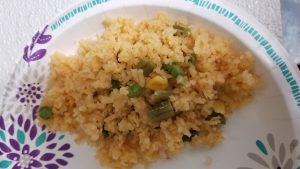 As we packed for a visit with the children, it took a bit of time. We loaded the car and then headed south. Of course we made sure that we had everything we needed and then some, we even checked twice.  We even remembered to put in the emergency kit because the children live in a remote area with a lot of empty between places. So we were excited for our little adventure.

After arriving the children wanted us to go and see the old Fort about a half hour from where they live.  So back into the car for a short ride to old Bluff Fort.  After arriving we were invited to watch a short movie, then after we were able to explore the fort.  The movie shared the story of the Hole-in-the-Rock expedition to settle the San Juan area.

The pioneers' trip started out with excitement. It was going to be fun and they were going to see new places that no one else had seen before.  This was truly the start of a new adventure to a new land; full of surprises, the things of imagination.

Some were called to go, others volunteered for the adventure.  They were just like us today with their daily concerns, ambitions and worries.  They considered all the angles like their health, finances, food for the trip, what they needed when they arrived to make a living and the size of their outfits or wagons.  One thing was for sure, after all the planning; they did not have room for all that they wanted to take with them and even some of the things that they would need. Sacrifice would be the order of the day on this trip.  Not the most ideal but they were determined to see it through no matter what!  With spirits high they started their long journey to their promised land.  They had estimated the journey to take 6 weeks but ended up taking 6 months.

These hardy pioneers in their wagons with their families and the barest of what they needed to begin farms and ranches started on their journey south to settle the San Juan.  Not many tales of pioneers have had the challenges that these hardy men and women faced along with their children as they went to settle a region of land that was barely known at that time.

You can learn all about their efforts when you visit Bluff Fort in Southern Utah just like we did when we stopped with family to see the historic fort.  Today our trials are not as hard mostly because of their efforts to make life better for us, the future generation.  This was a wonderful visit to an old fort that has many things for the visitor to see and interact with. (http://hirf.org/)

These faithful pioneers had what they called “stickie-ta-tudy”, a quote credited to Jens Nielson one of their own, or in today’s terms the will to stick-to-it.   It truly took every bit of stamina that they had to get to the San Juan.

These Hole-in-the Rock pioneers braved about everything that you can imagine and came out with a positive attitude to press forward.  The result was not one of them was lost on the venture, a feat not matched in the annuals of pioneer history.  They had a common bond of friendship and courage that went beyond every day. (https://www.brycecanyoncountry.com/the-hole-in-the-rock-expedition/)

They could not go back because of winter settling on the road in the mountains that they had crossed to get to the edge of the cliffs.  They could not stay because the feed for their animals would not last the winter.  So listening to the voice of their prophet and the whispering's of their God they moved forward and into the history books. (http://thefurtrapper.com/home/hole-rock/)

They literally carved a road down cliffs and rocks, made boats to cross a river and still were happy and positive.  In fact to get the wagons down the crevice that they had widened that led down to the river; they had to get a blind team to lead the way because the other horses refused to go down the incline.

After safely getting all the wagons down but one, and being exhausted they headed off to make a camp for the night.  The final wagon had to descend on its own. Using a horse and his wife to anchor the wagon, Silas S. Smith, realized the gravity of the situation as they started down the incline.  The wagon and family made it dragging the horse that had fell at the start and the horse was dragged all the way down the new road.  At the bottom Silas found the horse dazed but OK.  Silas S. Smith’s wife on the other hand had fallen as well while holding on to the drag rope trying to slow the wagon and had a long cut across the length of her leg after falling part way down.  After patching his wife’s leg he then gathered up the children who had stayed at the top of the road, they headed to the camp where the rest of the pioneers had gathered, rejoicing that they had made it down in one piece.

They ran short of food because of all the things that they needed to overcome and had to send for fresh supplies. Today we have the advantage of having Rainy Day Foods around to provide us with those preparedness units and food packs we need already to go, on a long trip.  We will have to make up some dutch oven Spanish rice to celebrate the pioneers.  It’s an easy recipe with the main ingredient 1 1/4 cup white rice and by adding 1 tablespoon freeze dried sweet corn, as much canned ground beef or chicken as you would like, 1 tablespoon dehydrated onion, 1 tablespoon dehydrated mixed peppers, 1 teaspoon real salt, ½ cup chili blend (you can get the spice pack at rainydayfoods.com), 1/8 teaspoon garlic granules and add 3 tablespoons tomato powder (to 1 cup of water) then enjoy. Don't forget to add a 1/4 cup of freeze dried cheese after it's cooked. It will take about half an hour to cook which is a convenient one- pot meal.  It was a fascinating time we had as we visited the old fort. If you are traveling that way stop and have a visit. ‘Till next time RL