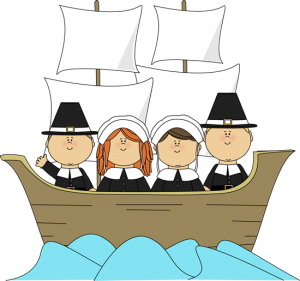 This past week we had the opportunity to watch 5 of our grandchildren as they visited with us in all of their youthful excitement and wonder. But since the larger half of them are in school we needed to take them back to their home Sunday after church. They were excited to be heading back home to see their parents who were not home yet and will not be until the middle of the week.

Now have you ever packed and stuffed a car with 5 children and 2 adults? Not counting their luggage, favorite toys, pillows and the must have special blankets. Of course there is the usual electronic devices, water bottles, snacks, coats and the two car seats to take up room in our 7 passenger vehicle. On the positive they did not bring any pets with them that we needed to get back to their home. (I am not sure where we would have put pets.) We always carry a small emergency kit in our traveling vehicle but I am not sure if it could handle 7 individuals for those just in case things that we all hope never ever happens.

As I drove in the cramped noise filled confines of the car my thoughts turned to our forefathers who paved the way for this nation. You remember learning about them in school, the Pilgrims. They were a hardy group of individuals who decided to come to the new world to get away from the religious persecution in England at the time.

In the year 1620 the Pilgrims contracted with two ships one was the Speedwell the other the Mayflower (https://www.britannica.com/topic/Mayflower-ship) to take them to the promised land. The hard part was that most of the Pilgrims had already left England and were living in the Netherlands to avoid persecution. But they did not like it there and had a goal set to make their lives better. So they contracted with two ships, the Speedwell which was to take the Pilgrims from the Netherlands to England where they were to meet up with the Mayflower which would load supplies and their fellow Pilgrims who were still in England for the trip to their future colony in America.

The Speedwell left the Netherlands on 22 July 1620 and arrived in England around the 12 August. Then both ships waited while the Speedwell had repairs done due to the fact it was leaking on its trip to meet up with the Mayflower, which is not good for a ship when it is going on a long voyage across an ocean that held little opportunity to stop until they reached their destination. Both ships set sail for America about the 21 August but after traveling around 300 miles the Speedwell again began to leak and the two ships had to return back to port in England.

After all the re-adjusting the Mayflower set sail on 6 September 1620. The trip took 66 days to cross to America. Sighting Cape Cod on the 9 November 1620 there was that sigh of relief by the passengers. The first part of the voyage had been uneventful but the latter half saw them having to drop all sails and be treacherously batted about by the strong winds and high seas. Sea sickness was a real problem for those souls below decks.

The Pilgrims had wanted to go to Northern Virginia but after a few attempts to sail south and almost shipwrecking, the Pilgrims decided on Plymouth for their home. So on 25 December 1620 they began to build their first buildings. (https://en.wikipedia.org/wiki/Pilgrim_Monument)

Now I don't know about you but I think they were a little crowded in the Mayflower. The Pilgrims had 102 individuals stuffed into the between decks that had a clearance of about 5 ½ feet and did not include the crew of the ship. And with the doubling up of the two ships, multiplying people and supplies, the 102 passengers only had about 58 feet by 24 feet of room to run around in for the voyage. (I thought I was crowded in the car.) The amazing thing about this was that once they got here to America they still had to stay on the ship because they had to build all of their buildings and it was winter which took even more time to get the needed housing built.

The Mayflower stayed the winter with these folks but once spring came the sailors wanted to head for home. So on 5 April 1621 the Mayflower started for home and arrived in England on 6 May 1621. What a trip! (https://www.pilgrim-monument.org/)

Not like traveling today when we can stop and get a bit to eat on our journey or stay at a hotel when we get tired. The Pilgrims had to carry everything with them. Food of course had to be packed for the long voyage not like the convenience we have today of being able to order a food unit from Rainy Day Foods with what we need all ready to go for a long voyage. (Did you see the specials they are running? https://rainydayfoods.com/special-offers.html#&p=1)

Of course being in a new land and not knowing what the natives are like the Pilgrims brought firearms to defend themselves if need be and can you imagine the clothing needed for 102 people. Let's not forget the tools they would need to build all those homes, church, community center and fort. The list goes on.

Probably items that we never even think about like sewing needles, shoes, rugs, blankets, mortar, locks for doors and who knows what else they knew they needed to survive in a new land with out a convenience store down on the corner.

There is no mention of any seeds or tree starts but I would think there would have to be a few of those items for the Pilgrims to survive in an unknown world; one has to eat. Diets did not change a lot back then; many of the things they ate were also some of the same things that were around nearly a 100 years later. Like biscuits, salt, dried beef, salted pork, peas, wheat, oats, butter, sweet oil, mustard seed, fish, cheese, vinegar, rice, bacon, cider and drinks. How about those diets no wonder there was a revolution.

Then again while I was driving home in the quiet car with the radio turned down low (I wonder if the crew of the Mayflower took a deep breath at the absence of their chaos while returning home.) from dropping off the grandchildren so they would be able to attend school to get that all important education. These pioneers that paved the way for the rest of us truly put it all on the line. They trusted in God to bring them safely here to America and to help them get their bounteous crops for survival in this new land. So as we are planning out that Thanksgiving dinner lets remember those who came before and He who guided them that made it possible for us to give thanks for our lives and freedoms. 'Til next time RL